Oilfield prayer breakfast to be held in OKC this week 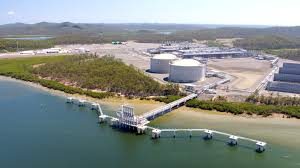 ConocoPhillips announced Monday the $1.39 billion sale of its subsidiaries that hold assets and operations in Australia-West to Santos, a leading independent oil and gas producer in the Asia-Pacific region.

ConocoPhillips will keep at 37.5 percent interest in the Australia Pacific LNG project and operatorship of the project’s LNG facility.

Matt Fox, executive vice president and chief operating officer said the transaction will allow ConocoPhillips to allocate capital to other projects that will generate the “highest long-term value” to the company.

The effective date for the transaction will be Jan. 1, 2019.