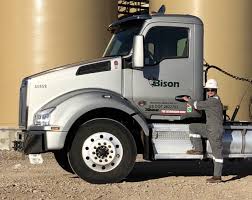 Under the 15-year agreement, Bison will manage all of Chaparral’s produced water logistics across the STACK and SCOOP plays. It means Bison trucks will be hauling water from a nearly 1.9 million acre area of Canadian, Grady and Blaine counties.

“We are proud to continue growing alongside our customers by helping them focus on their core businesses, realize cost savings, outsource their infrastructure expenses and achieve unmatched system reliability,” said Bison CEO North Whipple.

The announcement followed an earlier one in which Bison signed a 15-year water gathering and disposal agreement with Tapstone Energy. The agreement covers 2.6 million aces in Blaine, Dewey, Major and Woodward counties.

In September, Bison announced the signing of a 15-year water contract with Houston-based Paloma Operating Co. which operates in the STACK.