A 10th U.S. Circuit Court of Appeals judge has ruled against the Wichita and Affiliated tribes which was attempting to totally rid itself of a lawsuit filed over construction of a tribal history center in Oklahoma.

Judge Michael R. Murphy, writing for the court ruled against the tribe’s motion for a summary disposition of the lawsuit filed by the Caddo Nation.  But he also ruled in support of other aspects of the Wichita tribe’s motion.

An Oklahoma City federal judge denied a temporary restraining order preventing continuation of construction. The court held it lacked jurisdiction because construction of the history center was completed during the pendency of the appeal. 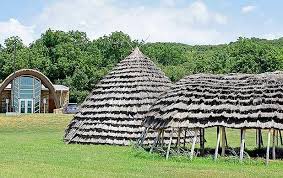 The Appeals court ruled the judge was right to reject the Wichita and Affiliated tribe’s claim of tribal sovereignty because it had used HUD money. The court found the Oklahoma City judge was only partially correct in ruling the suit was moot due to completion of the center, because a ceremonial dance ground had yet to be completed as part of the history center. The appeals court judge also sent the case back to Oklahoma City for further handling of the lawsuit.