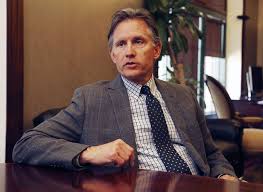 Oklahoma Attorney General Mike Hunter and oil companies say a new Washington state law aimed at improving the safety of crude shipped by oil is also likely to cause chaos in the nation’s transportation system and affect other industries.

It was last week when Hunter led a legal effort to fight the Washington state law that also pitted North Dakota against the measure. Now he is among a handful of attorneys general waging battle against environmentalists and the state of Washington.

Click here to read more of the story by E and E News.