Rig counts plunge again in Oklahoma and across the U.S.

AEP leaders optimistic about the future for the company 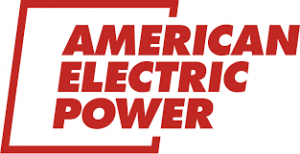 Leaders of American Electric Power, the parent company of Public Service Company of Oklahoma are optimistic about the earnings of the firm, earnings boosted by renewable energy investments.

“So let’s step into a few highlight areas for the quarter. Regarding our North Central Wind projects, as you recall, we had made filings for state approvals in Oklahoma, Louisiana, Arkansas and Texas on July 15, and during 3rd quarter, we requested FERC approval of the transaction as well. Also we would acquire three wind farms, currently under development by Inv energy within service dates in 2020 and 2021, based upon requirements consistent with the integrated resource plans of both PSO and SWEPCO in the various jurisdictions. Finalized procedural schedules have been determined in all of the state jurisdictions at this point, The Oklahoma Corporation Commission has set the PSO scheduled for hearings in January of 2020. The Louisiana Public Service Commission has set the SWEPCO Louisiana hearings for March 2020, The Arkansas Public Service Commission has also set it’s scheduled for March 2020, and The Public Utility Commission of Texas has set the schedule for hearings in February of 2020. So we’re currently working with the discovery process in each jurisdiction, and we’re on track to receive final decisions by the summer of 2020. I’ll remind everyone once again that these projects are not in our capital plan.” 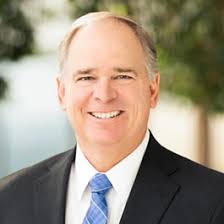 AEP is also working on an existing solar request before the Ohio Commission.

“We’re in the midst of four major rate cases that I’ll update you on. In Arkansas, we filed a settlement of that case that included all the parties that contains a net $18 million increase, a 9.45% ROE with the formula-based rate process for 5 years. Because we have not filed a rate case in Arkansas and approximately 10 years, it’s important to note this order included no dis-allowances on $1.2 billion of investments made on generation and environmental retrofits. The company had requested a $34 million net increase, so all in all, a decent settlement to move forward with the new formula-based rate mechanism. The settlement awaits Arkansas Public Service Commission approval with the rates assume to go into effect in January 2020.”

Two rate cases are in the process of being reviewed in Indiana and Michigan. A fourth cases is in Texas where AEP proposed a $35 million rate hike. It could get a decision from an Administrative Law Judge in November.

As for the economy and its impact on AEP, “We have the lowest unemployment on record in our territory going back to 1990 and wages are growing faster than inflation. And even in the industrial sectors, which have improved overall from last quarter, the oil and gas sector growth was the strongest we’ve seen since 2016. As you know, our margins are higher on residential and commercial than industrial, so overall financial results are positive. So all-in-all, I would say, it’s time for a return of optimism regarding the economy,” said Akins.