Another liquefaction train is completed by Cheniere Energy 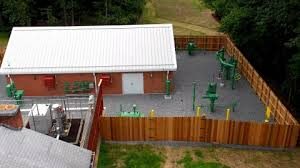 Tulsa’s Williams Cos. announced it has placed into full service its Rivervale South to Market project which is an expansion of the existing Transco natural gas pipeline system to meet growing heating and power generation demand for consumers in the northeast U.S.

The Rivervale South to Market project provides 190,000 dekatherms of firm natural gas service (enough natural gas to meet the daily needs of about 1 million homes) by uprating 10.3 miles of existing Transco pipeline, adding less than a mile of new pipeline looping, and upgrading or modifying existing facilities, all in New Jersey.

“The demand for clean, reliable natural gas is at an all-time high, particularly in the northeastern markets where it has had a direct impact on significantly improving regional air quality,” said Alan Armstrong, president and chief executive officer of Williams. “The Rivervale South to Market project will continue this progress in a manner that minimizes environmental impacts by enhancing and expanding our existing Transco pipeline infrastructure.”

Construction on the Rivervale South to Market project began in early 2019. With this expansion, the Transco pipeline’s system-design capacity is increased to 17.2 million dekatherms per day.