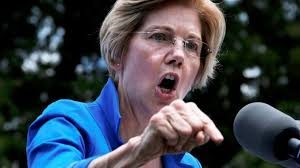 On my first day as president, I will sign an executive order that puts a total moratorium on all new fossil fuel leases for drilling offshore and on public lands. And I will ban fracking—everywhere. Sen. Elizabeth Warren.

The promise from Oklahoma’s own Elizabeth Warren, the Massachusetts Democratic Senator who’s running for President is to ban fracking.

The oil and gas industry might consider it a back-handed slap in the face from the Senator who grew up in Oklahoma, only to become an anti-fossil fuel candidate for the White House.

The shocking promise came Friday as she was on the campaign trail and issued the tweet. It drew immediate criticism from the industry which said her promise, were it to be carried out would cripple the U.S. oil and gas industry and force the nation to renew importing fossil fuels and become dependent again on Saudi Arabia, Iran, Russia and Venezuela.

Sen. Warren’s pledge followed by two days one made by Vermont Sen. Bernie Sanders who issued a statement calling for a “full fracking ban on public and private lands.” Environmentalists had urged her to follow Sanders and now the two are at the anti-fracking forefront of the 2020 Democratic presidential primary field. 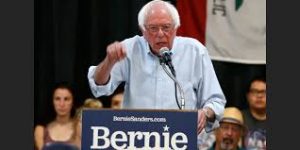 The impact of Warren’s vow?  It would be devastating to the oil and gas industry where the majority of oil from the shale plays in the U.S. is produced as a result of fracking and horizontal drilling. Critics might suggest it shows Sen. Warren doesn’t care about oil-producing states like Oklahoma, Texas, New Mexico, North Dakota, Kansas and Colorado.

University of Colorado professor Roger A. Pielke Jr. said that Ms. Warren’s plan would force the nation to rely on foreign fossil-fuel imports.

“This is a big promise, both to ban fracking and to do it everywhere on day 1 of a Warren administration,” tweeted Mr. Pielke. “Banning fracking would kill off the ~entire US oil and gas extraction industry and turn the US into a major importer of fossil fuels. It would not reduce FF consumption.”

On my first day as president, I will sign an executive order that puts a total moratorium on all new fossil fuel leases for drilling offshore and on public lands. And I will ban fracking—everywhere.

Daniel Turner, executive director of the pro-industry Power the Future, said that Ms. Warren is “the same person who loves to call Donald Trump a ‘dictator.’”

“Yet she is the one wanting to singlehandedly end an entire industry with the stroke of her pen!” tweeted Mr. Turner.

The U.S. Energy Information Administration predicted in January that the nation would become energy independent by 2020 after becoming a net oil exporter for the first time in 75 years, thanks in large part to the energy boom, fueled by hydraulic fracturing and other technological breakthroughs.

That leaves renewables, which made up 17% of U.S. electrical generation, including 7% from hydropower and 6.6% from wind. Solar energy contributed less than 2%, according to the EIA.

U.S. carbon-dioxide emissions have fallen over the last decade, a phenomenon attributed to power plants replacing coal with natural gas, which has become cheaper and more abundant as a result of the shale revolution.

“The substitution of natural gas for coal is almost single-handedly responsible for the massive reduction in carbon emissions we have seen in the US over the past few years,” tweeted conservative pundit Ben Shapiro. “So Warren’s plan is to ban fracking and nuclear power plants to fight climate change?”

At CNN’s town hall last week on the “climate crisis,” fracking was a hot topic. All the top Democratic presidential candidates have come out in favor of barring new oil and gas leases on federal land, and several have taken it a few steps further.

Any proposal to avert the climate crisis must include a full fracking ban on public and private lands.

“There’s no question I’m in favor of banning fracking,” said Kamala Harris, another of the Democratic hopefuls  “and starting what we can do on day one around public lands.” 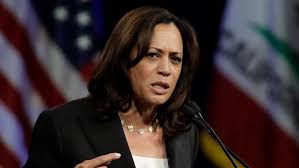 Such positions come in sharp contrast to those of President Trump, who has made U.S. energy independence a top priority of his administration.

Four states — Vermont, Maryland, New York and Washington — have banned fracking within their borders, although the Vermont and Washington bans were largely symbolic, given that neither has known frackable reserves.