Basic Energy to be part of Johnson Rice energy conference 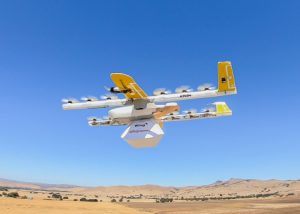 The idea of drones doing “store to door” delivery is closer to reality as Walgreens and Wing plan to begin testing the service next month in Virginia.  It might not be long before the delivery of drug prescriptions could begin in Oklahoma and the rest of the nation.

The testing, considered an industry first will be carried out in Christiansburg, Virginia. Wing Aviation LLC is the first drone operator to be certified as an air carrier by the Federal Aviation Administration.

The companies will utilize the pilot program to further explore the future of health and wellness product and retail delivery through the air, offering product availability and home delivery minutes after placing orders via the Wing app.

Christiansburg was selected as the test market as Wing has been working closely with nearby Virginia Tech in Blacksburg to test drone delivery as part of the U.S. Department of Transportation’s Integration Pilot Program since 2016. Although currently a pilot in one market, Walgreens is in a unique position to capitalize on the convenience of drone delivery if and when it should expand, with approximately 78 percent of the U.S. population living within five miles of a Walgreens-owned store.