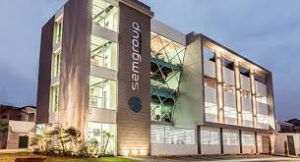 The sale actually totals $5.1 billion including the assumption of debt and other liabilities.

Under the terms of the agreement, which has been unanimously approved by the Boards of Directors of both companies, SemGroup shareholders will receive $6.80 per share in cash and 0.7275 of an ET common unit for each SemGroup share, or approximately 40% cash and 60% equity. The equity consideration received is expected to be treated as a tax-free transaction.

The transaction values SemGroup at $17.00 per share, and represents a 65% premium to SemGroup’s closing share price of $10.28 on September 13, 2019, and an 87% premium to SemGroup’s 20 day volume weighted average price (VWAP) as of the same date. Upon closing, SemGroup shareholders are expected to own approximately 2.2% of ET’s outstanding common units. 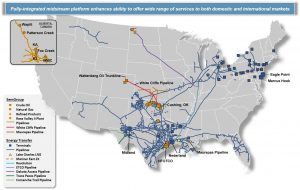 SemGroup Chief Executive Officer, Carlin Conner, said, “This strategically and financially compelling combination will result in SemGroup joining one of the largest midstream energy companies in the country, with a strong footprint in all major U.S. production basins.”

He said the move will ensure that SemGroup’s assets including its Gulf Coast terminal, mid-continent footprint and Canadian joint venture SemCAMS Midstream will benefit from significant growth well into the future.

“We look forward to leveraging the increased pipeline connectivity and expanded terminalling infrastructure that the combined entity provides,” he added.

Conner continued, “SemGroup has been exploring a range of strategic alternatives aimed at increasing shareholder value, and determined that this combination with ET is in the best interests of shareholders — providing immediate value, a significant premium, and opportunity to participate in the future upside of the combined business.”

The transaction is expected to close by late 2019 or early 2020, subject to obtaining regulatory approvals, SemGroup shareholder approval and other customary closing conditions.