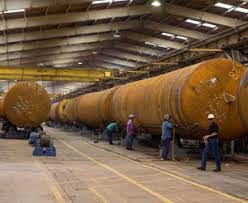 After 44 years with Trinity Industries, Inc., the rail manufacturing company with operations in Oklahoma City and Dallas, CEO and President Timothy R. Wallace is retiring.

He notified the company’s board of directors of his decision and will remain on the job while the company searches for a successor.

“It has been my honor and privilege to be a part of this great company for the past 44 years and lead it for the past 20,” said Wallace. “With a strong foundation and team in place, I believe this is an opportune time for me to step back and let a new leader guide Trinity into the future.”

Wallace joined Trinity in 1975 and has been Chief Executive Officer and President of the Company since 1999. In addition, he served as Chairman of the Board from 1999 to March 2019. Among numerous achievements spanning his long career,  Wallace played a key role in growing TrinityRail’s lease fleet into one of the largest in North America and establishing an integrated rail platform that provides customers with customized solutions of products and services.