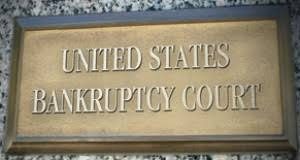 The U.S. shale industry is not in an “epidemic,” despite rising bankruptcies among U.S. oil and gas producers, according to a new report.

Looking at the top 40 U.S. shale producers, Rystad Energy said companies are balancing out and now generating free cash flows. In its analysis, Rystad forecast that the top 40 will spend roughly $100 billion in the next seven years on both debt installments and interest, unless further debt refinancing is applied.

The recent wave of financial adversity is not a “harbinger of doom for the shale industry going forward,” the report said.

E and E news reported the findings come amid speculation that U.S. shale could be facing a crisis, according to analysts (Energywire, Sept. 19). It also follows a report last month by law firm Haynes & Boone LLP finding that oil and gas producers filing for bankruptcy in 2019 have already nearly matched the total from all of 2018.

Alisa Lukash, a Rystad senior analyst, said recent bankruptcies are a part of a natural industry evolution, especially with such a fragmented market.

“There are so many different segments that it’s kind of natural to see some of the operators being either bought out by the others,” Lukash said. “Transaction-wise, it should be natural to have this happening, but also it’s kind of natural that operators — when the crude prices are very volatile, that they would suffer and especially if they didn’t do enough hedging prior to this.”

Lukash said that bankruptcies for some producers are not necessarily indicative of an industrywide trend. While the selected public shale operators include some distressed companies, their individual specifics of gassier acreage, undeveloped infrastructure and unsecured contracts do not translate into larger independents’ or majors’ financial struggle or risked U.S. volumes, she said.

Buddy Clark, a partner at Haynes & Boone, said although he agrees that the top 40 U.S. shale producers will likely be fine, that doesn’t mean that smaller exploration and production companies won’t become collateral damage, however.

Clark said larger companies are better poised to survive the bankruptcy process, where they may negotiate restructuring agreements and could largely come out intact.

“Just because there is a bankruptcy doesn’t mean we lose production in the U.S.,” Clark said. “The oil and gas doesn’t disappear. … It is either still in the ground or it is still being produced.”

He said the industry will likely enter a consolidation phase soon, in which the top U.S. shale producers will not only survive, but will probably pick up assets from smaller companies.

Andrew Dittmar, a senior mergers and acquisitions analyst at Enverus, underscored that assets never go away and that when companies do restructure, the general mechanism is that equity holders are wiped out and they recapitalize with the debt holders. There will be some recapitalization, but it is not as though those companies and their production disappear, he said.

“They just kind of reform with new owners and hopefully things play out better for them under new circumstances,” Dittmar said.

Still, the Rystad report said numbers appear to “indicate a lack of financing” to deal with current obligations. The firm anticipated more than $112 billion in outstanding debt for the top producers, with a combined enterprise value of more than $355 billion as of this month.

Rystad said that during the first half of 2019, shale producers made nearly $24 billion in cash flow from operations while spending $28 billion on capital expenditures.