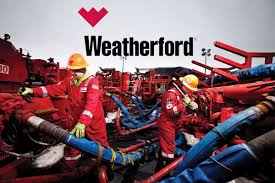 While Weatherford International is in the process of reorganizing its debt and bankruptcy, the company has made a five-year equipment deal with Saudi Aramco.

The two companies announced the deal  this week but financial terms were not disclosed. Weatherford described the deal as a five-year corporate procurement agreement to deliver cementation, completions, liners, solid expandables and casing exit technologies to Saudi Aramco according to the Houston Chronicle.

“This agreement sets the stage for future collaboration and will unlock both game-changing technology and tremendous value,” Hollingsworth said. “Weatherford is excited to work with Saudi Aramco now and long into the future to lead in technology innovation and development.”
The contract with Saudi Aramco comes more than two months after Weatherford filed for Chapter 11 bankruptcy in Houston.

The approved plan gives Weatherford access to $600 million in credit and the ability to issue $1.6 billion of notes that will be used to pay down debt.

With roots going back to 1941, Weatherford grew to become the nation’s fourth-largest oil field services company but racked up $10 billion in debt along the way.

Headquartered in Switzerland but with its principal offices in Houston, the struggling oilfield service company has not made a profit since the third quarter of 2014.

With a bleak outlook for demand during the rest of 2019, Weatherford has been supplementing its operations with cash from investing and financing activities.