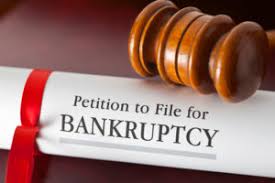 Caught with an unexpected increase in debt caused by too much optimism in its oil drilling in Oklahoma’s STACK, Houston-based Alta Mesa Resources has gone to bankruptcy court.

It filed Chapter 11 bankruptcy protection on Thursday as its finances continued to collapse and an SEC investigation into possible fraud was underway.

The Houston Chronical reported the shale oil startup, led by a former Anadarko Petroleum chief executive, plunged from $3 billion Wall Street value in early 2018 to just $30 million and trading for 8 cents a share.

It was a dramatic fall from grace after significantly overestimating its potential in Oklahoma’s STACK shale play and other regions.

The company failed to stay afloat after laying off much of its 200 employees and writing down the value of its assets by $3.1 billion as it acknowledged undisclosed internal financial flaws. Although the company hasn’t detailed the problems, Alta Mesa has admitted to failures in its financial reporting to the U.S. Securities and Exchange Commission.

Oil and gas bankruptcy filings are back on the rise in 2019 with middling oil prices and limited access to new capital as Wall Street sentiments sour on the industry. About 40 energy companies have filed for bankruptcy this year, already exceeding the aggregate debt totals of a year ago. And more filings could be on the horizon with many struggling companies facing maturing debt payments in 2020 and beyond.

For Alta Mesa, the company has been on the verge of bankruptcy for several months as Chairman Jim Hackett, who previously headed Anadarko, had also assumed the interim CEO role.

“We believe that the Chapter 11 process provides the best pathway for Alta Mesa Resources and Alta Mesa Holdings to restructure their respective balance sheets and to regain the financial flexibility necessary to develop their large position in the STACK in a manner that will maximize value for all their stakeholders,” Hackett said Thursday.

Hackett had stepped in as the interim chief executive since the company’s previous CEO, chief operating officer and chief financial officer all resigned in late 2018 and earlier this year.

Hackett led the formation of the new Alta Mesa, although he initially took a backseat role as chairman. Alta Mesa was put together by Hackett’s acquisition entity, known as a blank-check firm, which was backed by Riverstone Holdings, an energy-focused private equity firm.

Hackett said Thursday he will leave the CEO role and maintain the chairman position. Mark Castiglione, who was previously the executive vice president of strategy and corporate development, is the new CEO.

Alta Mesa also is facing a series of lawsuits. Some shareholders are suing claiming they were defrauded and lied to about the value of the company and its assets when the company was formed. And some landowners are suing for alleged breaches of their minerals leases and for failing to fix alleged property contamination from its operations.