Wind farm proposed at popular I-40 stop in New Mexico

Firm agrees to $2.3 million in penalties over Arkansas oil spill 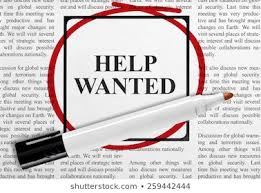 A lot of “Help Wanted” ads can be seen in southern Oklahoma and the pattern has the attention of employers in cities like Ardmore. There, an Express Personnel spokeswoman indicated it’s a matter of not enough workers to fill the needs of companies. It’s a workforce issue.

The Daily Ardmoreite explored the issue this week.

The muddled nuances of a complex workforce continues to create issues for area industries and employers.
In 2008 the United States peaked in a number of important economic numbers; now, a decade later, a different set of numbers continue to push the conversation.
As the country’s unemployment rate continues to tread near record lows, not all data points have returned to pre-Great Recession numbers.
In 2008, the workers’ share of corporate earnings, nominal wage growth and the workforce participation rates were near all-time highs, while the unemployment rate was beginning to trend upward, according to the US Bureau of Labor Statistics. That all changed in 2009 when the bottom fell out of the economy.
While some numbers have recovered — nominal wage and unemployment— others have continued to lag — participation rate and share of corporate earnings, specifically.
These numbers play into the overall dynamics of the local workforce, but for various reasons.
The entry point into the workforce, the cyclical nature of low-wage, low-skill positions tends to see a higher turnover rate — due in part to high availability of opportunity. 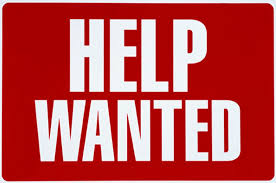 “There are just more companies looking for workers than there are people looking for work,” Ashley Patton, employment professional at Express Personnel said.
Patton said the employers that are able to hire still face worker shortages due to absenteeism and job abandonment.
“They are just having a hard time getting people to show up,” Patton said. “I had one fast food restaurant tell me they hired 15 people, but only five showed up.“
Kami Richards, office manager for Allied Heating and Air Conditioning Services, said the phenomenon isn’t exclusive to the food service industry.
“We have a lot of people say that they want to work,” Richards said. “They show up for a few days, then just decide they don’t want to do this.“
Richards said some of their workforce abandonment issues are due to the nature of the work, which can be physically challenging and requires prolonged exposure to the elements, adding that the pay levels for Allied employees varies, from $10-$15 an hour for entry level (licensed HVAC personnel can earn $22-$27 an hour) depending on their skill level and work ethic.
“As an employer, you don’t want to pay people $15 an hour for $10 an hour quality of work,” Richard said.
Patton said that most employers have increased their starting wages to well above the state’s minimum wage, even for low-skill, entry level positions traditionally paid at or near the minimum wage.
Patton said the current economic climate encourages low-wage, low-skilled workers to habitually seek increased wages at different companies which in turn makes them less attractive for higher-wage positions that require on-the-job training.
Patton said that “job hoppers” are increasingly less likely to give notice before quitting, which is also likely to prevent future rehiring within the company.
“The challenge with finding employees is a national issue,” Mita Bates, president and CEO for the Ardmore Chamber of Commerce, said. “Everyone is facing the same challenge. It’s a two-fold issue. One, unemployment is historically low — if someone wants a job, a job is out there. But when you look at underemployed or people that are not engaged, it’s probably due to the gap between skills that are needed and the skills they actually have.“
Bates said advancements in technology have transformed the workforce from one with a general skill set applicable across many industries to one that is specifically tailored to specific functions or industries.
“Business and industry has to evolve and adapt so quick, the workforce hasn’t maybe adapted as quickly,” Bates said “But if you look at the skills we are teaching to students, some of those lag behind what business and industry need. That’s a symptom of an education and training system that isn’t as nimble and can’t adjust as quickly as business and industry. You have a 21st century, manufacturing 4.0 and your educational institutions that are still a manufacturing 3.0.”
The Chamber and the Ardmore Development Authority will soon implement a program to “grow our own” workforce, focusing on education-industry collaborations.
“We hear everyday ‘we are not getting the workers with the skills that we need,’” Bates said. “That’s two-fold, one is the technical skills that they need, the other is soft skills.”
Bates said soft skills like punctuality, work ethic and professionalism have surprisingly become more and more of a workforce issue.
“These are things that a lot of people take for granted,” Bates said. “But you have to understand, if they have never been trained in those skills, they may not know.”