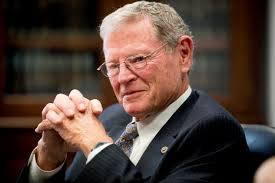 We are clearly in the heyday of oil and gas production in the United States. After years and years of fighting the liberal war on fossil fuels, we can say that, with President Donald Trump, it is a new day in America and the future is bright. Crude oil exports are up over 550 percent and liquefied natural gas exports are up over 100 percent since 2016 — breaking output records and leading to unprecedented economic growth and low energy costs for consumers across America.

But this resurgence, and the low energy costs that come with it, might not be sustainable because of our nation’s aging pipeline infrastructure.

Over half of the U.S. pipeline system is nearly 50 years old, meaning that if we don’t invest in updating it soon, we could face regional bottlenecks and supply disruptions because of leaks and maintenance issues — increasing costs for everyone. We also know that we need more infrastructure to keep up with demand.

The shortage isn’t because companies don’t want to build. Tax reform was a historic opportunity to allow energy pipeline companies the opportunity to invest their hard-earned money into their business and infrastructure. A 2018 report makes clear that hundreds of billions of private sector dollars are ready and willing to come off the sidelines and be invested in building new energy infrastructure.

So why are we falling behind? Liberal environmental activists hamstring new projects to keep them from getting built and have engaged in vandalism and sabotage of existing pipelines — putting lives at risk and emboldened from a lack of consequences.

That has never been clearer than in the Northeastern corridor of the United States where lack of pipeline infrastructure leads to significant shortages and high energy costs — especially during the winter months. The result? Boston imports about 20 percent of its natural gas from abroad, including Russia, to heat American homes.

Without even getting into the security implications of lining Putin’s coffers by purchasing Russian LNG, the reason for the purchases are simple: We don’t build enough pipelines in America. While they are the safest and most economical way to transport energy, environmental groups have blocked their construction, especially in underserved areas.

I applaud President Trump for taking action to address the delays to pipeline permitting by executive order — clarifying the scope of state reviews under environmental regulations. The Senate is also taking action. The Senate Commerce Committee recently passed bipartisan legislation that will reauthorize our nation’s pipeline safety programs for four more years and promote reliable energy infrastructure across the country. It’s a comprehensive bill — and it will also promote training for state and local pipeline safety officials and enhance the use of innovative pipeline safety technologies.

But, this bill doesn’t address one of the greatest challenges we have to building and maintaining pipelines — liberal environmental protesters who target energy companies in an effort to prevent the use of our domestic resources. We need to include a civil penalties provision to hold individuals or groups accountable for tampering with or vandalizing critical infrastructure — actions that create serious safety risks for everyone, and President Trump agrees. We also need to make sure it includes enacts the reforms the president is pushing to stop activist state governments from abusing the water quality certification process to block projects they simply don’t like.

In Oklahoma, home of the “Pipeline Crossroads of the World,” the state enacted legislation to hold bad actors accountable for actively or attempting to disrupt pipeline operations. Other states, like North Dakota and Louisiana, have done so, too. Unfortunately, that accountability stops at the state line. A federal provision is necessary to protect our nation’s energy infrastructure system.

Pipelines are the safest, environmentally cleanest and most cost-effective means to transport our nation’s energy resources to domestic and international markets — and they are built and maintained by the private sector. Congress can continue to empower and support this investment by enacting legislation that would do so. Ensuring we hold those actively trying to disrupt the construction and operation of these pipelines is a necessary part of this bill.