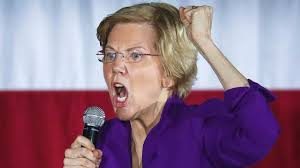 Oil and gas leaders know that if Sen. Elizabeth Warren is elected President and follows through with her pledge to ban fracking on her first day in office, she can’t do it without Congress.  Still, the very subject no doubt has those leaders shaking their heads in disbelief.

Energy and Environment Secretary Kenneth Wagner has yet to offer any thoughts about Warren’s controversial campaign statement.

The Petroleum Alliance of Oklahoma issued a statement without referring to Sen. Warren or the other Democratic Presidential candidates who support a ban on fracking.

“Such misguided action would be detrimental not only to Oklahoma’s economy, but also to that of the U.S. Currently, there is no energy source that could replace the loss of cheap, abundant oil and natural gas. Therefore, energy prices would skyrocket, hurting our poorest and most vulnerable citizens the most.”

A Rapidan Energy Group note projects that if a ban were imposed on Jan. 1, 2022, U.S. oil production from shale formations would fall by over 3 million barrels per day within a year.

It’s only a thought exercise because a ban isn’t isn’t in the cards. But it’s nonetheless an interesting look at the potential fallout of the climate policy proposals surfacing in the Democratic primary race.