Oxy puts stake in pipeline company up for sale 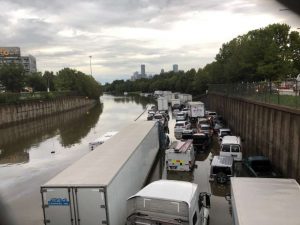 The refinery has a production capacity of 369,024 barrels a day. The shutdown followed the company’s suspension of operations at its Beaumont, Texas chemical plant which is adjacent to the refinery.

Up to 42 inches of rain were recorded in the southeast part of the state near Houston resulting in at least two deaths. Highways were closed because of the floods and hundreds of high-water rescues were made. One man was electrocuted and drowned while trying to move his horse in Jefferson County. Another died after being pulled from a submerged van in Harris County.

Houston police have recovered more than 200 abandoned vehicles from city roadways and hundreds more remain stranded on highways and streets according to the Houston Chronicle.