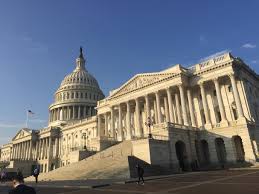 Oklahomans in the House split their votes this week on two energy bills.

The House approved the Diesel Emissions Reduction Act of 2019, also known as H.R. 1768 on a vote of 295-114. Known as DERA, the act was originally approved in 2005 to fund federal and state loan programs to rebuild diesel-powered vehicle engines to more stringent emission standards or to install emission reduction systems.

The Energy Efficient Government Technology Act, or H.R. 1420 won approval on a vote of 384-23. Reps Cole, Lucas, Horn and Mullin voted for it while Tulsa Congressman Hern voted no.