Amazon to have 100,000 electric delivery vans 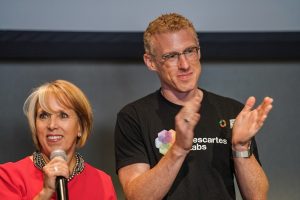 While her state is pulling in hundreds of millions in revenue from oil and gas operations in the Permian Basin, New Mexico Gov. Michelle Lujan Grisham is also targeting the industry’s methane gas emissions.

Known for her environmental efforts, the governor announced New Mexico is partnering with a geospatial analytics company to start a “data refinery” to track the emissions by using satellite data. She told an energy summit in Santa Fe that it will make New Mexico the first state to use such data to form methane regulations, according to a report by the New Mexico Political Report.