Firms are split over rollback of methane gas regulations 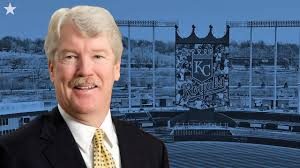 Energy is what helped Kansas City businessman John Sherman accumulate the kind of wealth he has allowing him to become the new owner of the Kansas City Royals major league baseball team. Not just personal energy but energy involving oil and gas and electrical power.

Sherman, 64, bought the team last week for a cool $1 billion from ailing owner David Glass, who at 83 decided to make the sale. Sherman is only the third owner of the Royals since the teams inception in 1969.

As for Sherman, his first startup company was LPG Services which grew quickly and eventually merged with Houston’s Dynegy in 1996. Sherman went on to found Inergy, L.P. Midstream where he was Chairman and Chief Executive Officer. He took the company public in 2001 and led it through extensive growth.

The company had a total enterprise value of nearly $5 billion when it merged with Crestwood Holdings in 2013. The merger created a diverse North American energy infrastructure company and Sherman still serves on the board of the merged company–Crestwood Equity Partners.