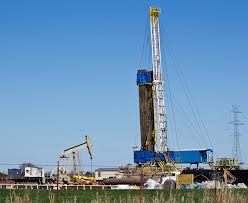 The nation’s oil and gas rig count took another nose dive in the past week, slipping by 12 rigs to a total of 886. Oklahoma’s slide in active rigs came to a halt and the state added one rig to reach 76 compared to the 139 it had a year ago.

The Baker Hughes Co. reported the national decline included a drop of 5 oil rigs to 733 while the number of gas rigs fell by 7 to 153. But the U.S. count is still down 169 from the 1,055 rigs reported a year ago. The national count over the past year dropped 134 oil rigs and 33 gas rigs.

Oklahoma’s count of 76 compares to the 430 in Texas which is 8 fewer than last week. New Mexico remained at 108. Kansas, according to the Red Top Rig Report published by the Independent Oil and Gas Service in Wichita saw an increase of six rigs to reach 35.

Colorado’s count dropped by one to 26. Louisiana saw two fewer rigs to reach 58. North Dakota added one rig to reach 55 and Wyoming remained at 36.

Of the various oil and gas plays, the Mississippian in Oklahoma and Kansas remained at two while the Granite Wash was unchanged at 3 active rigs. The Ardmore Woodford stayed at 3 rigs while the number of rigs in the Arkoma Woodford remained at four.

The DJ basin in northern Colorado dropped by one to reach 22 rigs. The Permian Basin saw a decline of 8 rigs to 419 while the Williston in North Dakota added one rig to reach 55.