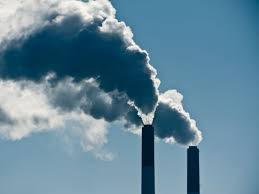 Muskogee, Oklahoma is considered to be one of the top 50 cities in the U.S. for having the dirtiest air.

“Much of the pollution in Muskogee comes from sulfur dioxide in the air, which is a byproduct of the fossil fuels burned by power plants and industrial facilities in the area, according to the STACKER report.

Muskogee is the only city in Oklahoma to make the list. Wichita, Kansas was ranked 29.

“Two major contributors of air pollution in Wichita are byproducts from industrial plants and smog from neighboring cities in Oklahoma and Texas,” stated the report.

“The major contributors to air pollution are increased vehicle traffic and increased building construction. Another issue is the smoke from wildfires in western states drifting eastward toward Denver.”

“Much of the air pollution in this region is not from vehicle emissions or manufacturing, but rather from the many dust storms that pass through the region.”

“Much of the air pollution in Albuquerque comes from the burning of fuels such as gas, oil, and coal: Airports and vehicle traffic are massive sources of emissions. A 2017 report by the Environment New Mexico Research & Policy Center found that Albuquerque had 113 days of high smog pollution in 2015.”

While 21 California cities made the top 50, the number one ranking went to Phoenix-Mesa-Scottsdale, Arizona.

For this article, Stacker researched the 50 American cities with the worst quality of air. This ranking was based on 2018 statistics and took into account 193 United States cities that the EPA reported their PM10 values for.