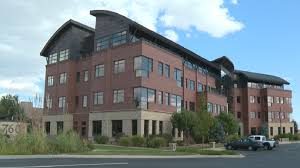 The Interior Department late Friday announced it has leased office space for the new BLM headquarters in Grand Junction, Colo. The move to 760 Horizon Drive “is another step in providing better service to the American people and our neighbors in the West,” said Interior Secretary David Bernhardt in a press release, according to POLITICO’s Morning Energy Report.

But a Google Maps search and a few phone calls show that the new neighbors are literally oil and gas companies; Chevron and Laramie Energy have their regional corporate offices in the same four-story building as BLM’s new digs. Marathon Oil has its regional office almost literally around the corner. Critics of the administration have taken note: “You can’t get physically into bed with industry, but looks like Bernhardt did the next best thing by moving BLM right next door to them,” Western Values Project Deputy Director Jayson O’Neill told ME.

Over the weekend, Bernhardt spoke at Club 20, a gathering of local politicians and business people in Colorado’s Western Slope region, where he told The Grand Junction Daily Sentinel that he stood by the location, and said the General Services Administration handled the office space leasing. Bernhardt said GSA regulations would not allow them to rule out a location because of another tenant. “From my perspective [GSA] followed the rules,” Bernhardt told the newspaper. “They went through a process and, certainly, GSA does the real estate piece. It’s a great piece of property. I think it’s a really nice building. From my perspective, that is not going to be the issue.”

Making the move? Meanwhile, BLM has said it will advertise 19 positions, all currently vacant, to be located in the new headquarters. So far only six have reached the USA Jobs website, including one for a legislative affairs specialist responsible for “coordinating and conducting briefings for Members of Congress and their staff on BLM issues.” BLM spokesperson Greg Fuhs told ME that employees whose positions are moving out west have not yet been given a deadline as to whether they will follow, “but we are continuing conversations with individuals as they consider their options.”