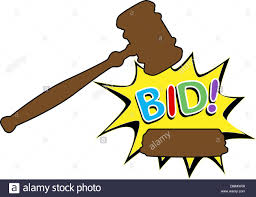 Reuters reports that Italy’s Snam is working on a bid for a stake in a $6 billion natural gas pipeline in the United States in what would be the gas group’s first foray outside Europe.

The Milan-based company, controlled by state lender Cassa Depositi e Prestiti, is carrying out due diligence to buy a 33% stake sold by Energy Transfer LP in its Rover pipeline, one of the sources said.

The 713-mile Rover pipeline can carry 3.25 billion cubic feet of gas daily from the Marcellus and Utica shale plays in Appalachia.

It is backed by Energy Transfer with a 33% stake and two private equity firms – Energy & Minerals Group (EMG) and Blackstone Group – who have the remaining 67%.

Snam, Europe’s biggest gas pipeline operator which makes most of its money from gas transmission in Italy, is working with JPMorgan on the deal, the sources said.

The Rover pipeline moves the natural gas from Ohio, West Virginia and Pennsylvania to other parts of the U.S. Midwest and up into Michigan where it can also be piped into Canada.