Increased note offering made by Cheniere 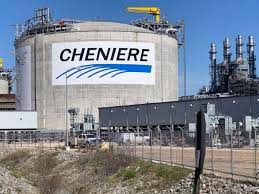 Cheniere Energy Partners, L.P., the Houston company building the $1 billion gas pipeline in Oklahoma announced it has increased its previously announced offering of Senior Notes due 2029.

The principal amount of the offering was increased from the originally announced $1 billion to $1.5 billion.

Cheniere Partners intends to use the proceeds from the offering to prepay all of the outstanding term loans under its senior secured credit facilities due 2024 and for general corporate purposes, including funding future capital expenditures in connection with the construction of Train 6 at the Sabine Pass liquefaction project.

After applying the proceeds from this offering, only a $750 million revolving credit facility will remain as part of the company’s Credit Facilities, which is undrawn.