National Drive Electric Week to be observed in Arcadia and Jenks

Oklahoma and other states begin antitrust probe of Google 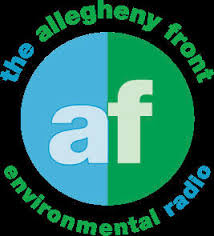 In the nearly 6-minute piece that aired nationally, reporter Julie Grant with the Climate awareness effort Allegheny Front, reported how landowners don’t always have a say about who can drill on their property.

She explained how Ohio law can make property owners lease their underground mineral rights to energy companies and in part of her story, one of those energy companies was Chesapeake Energy. Her story is part of The Allegheny Front series “Who’s Listening?” which investigated fracking in Ohio and was funded in part by the Fund for Investigative Journalism.

However, her report did not include any response or comments from Chesapeake Energy or other energy companies that drill in Ohio. There was little effort to explain why energy companies use the Ohio law in drilling for new energy. Nor did her story contain any scientific proof that fracking pollutes underground sources of drinking water.