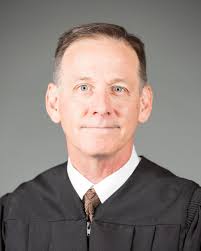 The newest member of the Oklahoma Supreme Court who might rule on energy issues in the state is Osage County District Judge M. John Kane IV.

He was named Tuesday by Gov. Kevin Stitt to replace retired justice John Reif who had been appointed by former Gov. Brad Henry. Kane has been an Osage County district judge for the 10th Judicial District since 2005 and presided in tens of thousands of cases.

He also was president of the Oklahoma Judicial Conference from 2013-2014 and was presiding judge-elect of the Northeastern Judicial Administrative District in 2019.

“Judge Kane’s extensive record serving the 10th Judicial District and his broad support in the community, and from across the state, speak toward his qualifications to join the highest court in Oklahoma,” said Gov. Stitt in announcing the appointment.

“Kane is an accomplished judge with a reputation for fairness and a passion to ensure the legal system is serving the needs of the people.”

As for Kane, he had previously applied for the Supreme Court position.

“My great-grandfather was a framer of our State Constitution and it is truly an honor to be selected to stand as a defender of this treasured deposit of wisdom I appreciate the Governor’s confidence in me and I vow to impartially and fairly conduct the business of the Court and serve the people of Oklahoma with full and undivided devotion.”