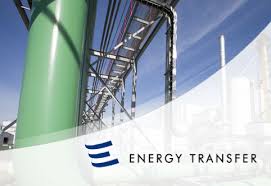 Dallas-based Energy Transfer LP has set its sight on acquiring Tulsa-based SemGroup Corporation with a stock and cash merger transaction deal valued at $17 per share, which includes assumption of nearly $5 billion in debt, according to a recent company press release.

The SemGroup acquisition expands Energy Transfer’s crude oil and NGL infrastructure by adding crude oil gathering assets in the DJ Basin in Colorado and the Anadarko Basin in Oklahoma and Kansas, as well as crude oil and natural gas liquids pipelines connecting the Denver-Julesburg Basin and Anadarko Basin with crude oil terminals in Cushing, Oklahoma.

The synergy gained from the acquisition by Energy Transfer will allow the company to pursue additional commercial opportunities and achieve cost savings.

In conjunction with the SemGroup acquisition, Energy Transfer announced plans to construct a 75-mile crude oil pipeline between the Houston Ship Channel and Nederland, Texas to provide a strategic link between two of the largest crude oil terminals in the U.S., according to the press release.

The Ted Collins Pipeline will further provide Energy Transfer’s customers with best-in-class access to the Houston, Beaumont/Port Arthur, and St. James markets. This will provide immediate access to over one million barrels per day of existing crude oil export capacity, with plans to expand to over two million barrels. The Ted Collins Pipeline is expected to have an initial capacity of more than 500 thousand barrels per day. Energy Transfer anticipates commercial operations to begin in 2021.

The transaction is expected to close in late 2019 or early 2020, subject to the approval by SemGroup’s stockholders and regulatory approvals.