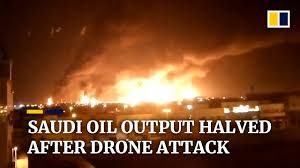 On the week, the national gas price average held steady at $2.56, but motorists can expect some volatility at the pump in the coming days and weeks. Over the weekend, Saudi Arabia experienced drone attacks on two major oil facilities – including the world’s largest, Abqaiq. The attacks have taken 5.7 million (crude) barrels per day off the market, accounting for about 6% of the global supply.

Prior to the attacks, global crude oil supply was very healthy, in fact sitting on a global glut of stocks. Regardless, initial market reaction to the attacks spiked crude oil prices.  At the start of the work week, crude oil (West Texas Intermediate, WTI) is trading for $5/bbl more than on Friday’s closing, up to $61/bbl – a price point for crude not seen since May. 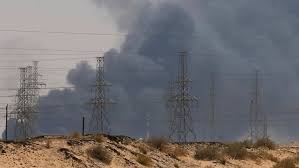 Oklahoma motorists are paying an average of $2.28 a gallon at the pump, the eighth least expensive in the nation. This is up 3 cents from last week ahead of the attacks.

“Americans can expect local pump prices to start to increase this week. The jump could end up being as much as a quarter per gallon throughout this month,” said Leslie Gamble, AAA Oklahoma spokesperson. “Whether this is a short or long term trend will be determined by the price of crude oil prices and how quickly the facilities in Saudi Arabia can recover and get back online.”

Damage to the facilities is still being accessed, but there is no word if it will be days, weeks or even months before infrastructure is repaired. To ease concerns, President Trump said he has authorized the release of crude from the Strategic Petroleum Reserve. Other Saudi-oil-consuming countries also have emergency reserves to help back-fill the global loss, if needed.

While U.S. gasoline stock levels have been decreasing the past few weeks, total domestic stocks sit at 228 million bbl, which is ahead of the five-year average for this time of year by several million bbl. Today’s national gas price average is 7 cents cheaper than last month and 28 cents cheaper than this time last year. But these gaps are likely to shrink as the market adjusts to the news and crude oil prices increase.