ONEOK Board chairman transfers $15 million in shares to trust 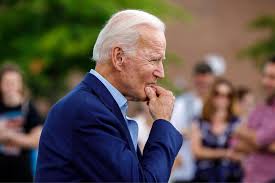 He has yet to agree to pledge opposition to the line that will carry crude from Canada to Nebraska and eventually to the Gulf Coast refineries.

The group “Bold Nebraska” made known it wasn’t happy with Biden in an email notice this week.

“Since our coalition delivered a letter three weeks ago urging all of the Democratic presidential candidates to take the “NoKXL Pledge,” we’ve received an amazing response — with TEN candidates taking the pledge so far:

But… did you notice one big name missing from that list?

We reached out to all of the Democratic candidates — but we haven’t heard anything back yet from former Vice President Joe Biden and his team.”