Houston-based Contango Oil and Gas Company has acquired the assets and operations of Oklahoma City’s White Star Petroleum in a $132.5 million deal. The purchase was part of White Star’s Chapter 11 bankruptcy.

The asset purchase agreement provides that Contango will acquire approximately 15 Mboe/d of production, approximately 20 Mmboe of PDP reserves as of the July 1 effective date, and 315,000 net acres in Oklahoma split into the three operating districts from White Star for a total purchase price of $132.5 million. 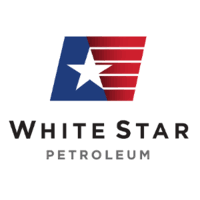 Wilkie S. Colyer, Contango’s President and Chief Executive Officer, said “This opportunity became actionable as a result of our recent successful recapitalization of the company, and it is exactly the type of acquisition we said we’d be looking for when we last spoke to the investment community.  We expect White Star to add approximately $60 million in asset level cash flow over the next twelve months.”

White Star’s production is liquids weighted at 63% oil and NGLs, and the acreage is 80% held-by-production.  Approximately 65% of the wells are operated by White Star and are mature fields with strong cash flow and significant development potential from PDNP and PUD opportunities. The White Star assets also include integrated gathering and saltwater disposal systems, which reduces lease operating expenses and adds third party cash flow.

The transaction is expected to close in the fourth quarter of 2019, and the effective date of the transaction will be July 1, 2019. After adjustment for normal operations during the period between the effective date and the closing date, and other normal and customary closing adjustments, the total consideration to be paid in cash at closing is estimated to be less than $100 million.

The closing of the transaction is subject to customary conditions, due diligence, confirmation of title, finalization of documentation, and entry of the bankruptcy court order approving the sale; however, closing is not conditioned upon satisfaction of any financing contingency.

Haynes and Boone, LLP is representing Contango in its acquisition of the White Star assets.

Approximately 35% of Contango’s equity is owned by John C. Goff and affiliates, including the recent investment of approximately $25 million in the Company’s most recent equity offering.

Contango Oil & Gas Company is a Houston, Texas based, independent oil and natural gas company whose business is to maximize production and cash flow from its offshore properties in the shallow waters of the Gulf of Mexico and onshore properties in Texas and Wyoming and to use that cash flow to explore, develop, exploit, increase production from and acquire crude oil and natural gas properties in West Texas, the Texas Gulf Coast and the Rocky Mountain regions of the United States.