McClellan-Kerr has yet to carry a barge since last spring

Amazon to have 100,000 electric delivery vans 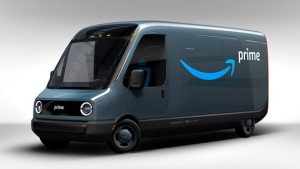 Amazon has put in an order with the electric vehicle startup company Rivian Automotive for 100,000 electric vans over the next decade. It is reported to be the largest order of fully EVs in automotive history.

“It’s a real vote of confidence from Amazon,” said Sam Abuelsamid, principal analyst at Ann Arbor-based Navigant Research, who focuses on mobility. “Buying early vehicles would be an indicator for other companies who are considering electrifying their fleet that Rivian is a company they need to take a look at if they’re going to do this. Amazon doesn’t make decisions like this lightly.”