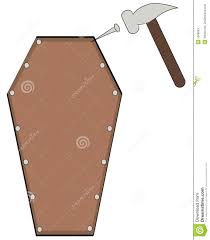 The final nail in the coffin has been hammered for the 2015 Obama-era Waters of the United States rule, overturned officially by the US Environmental Protection Agency, Thursday, after a lengthy repeal process set in motion early on in the first days of the Trump Administration. Agriculture groups throughout the industry cheered the announcement from EPA Administrator Andrew Wheeler and R.D. James, Assistant Secretary of the Army for Civil Works, including the Oklahoma Cattlemen’s Association. Michael Kelsey, OCA executive vice president, joined me on the phone to discuss the significance of this legislative victory.

“Long story short, you can’t control the water without controlling the land,” Kelsey said. “This was the largest private property grab in the history of our country and now it’s gone. That assault was monumental. It’s taken a long, long time and many years later now it’s finally gone. This has been a long time coming and we’re very excited, very happy about this.”

Michael and I talked about former OCA President Richard Gebhart, who was one of the early cattle industry leaders who lead the charge against WOTUS- and although Richard passed away before this day arrived- it’s a achievement that he would have taken great pleasure in.

“I remember sitting with him in DC when the EPA Administrator at the time was addressing the group we were in and said, ‘don’t worry folks, this rule will still allow you to farm and ranch,'” he said. “The audacity for EPA to say they would ‘allow’ us to farm and ranch with this rule… Richard was a veteran and there wasn’t a lot that scared him, but this rule did. So, it’s been a long time coming but it’s a good day.”