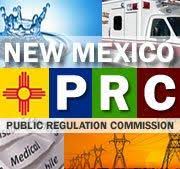 The elected members who make up the New Mexico Public Regulation Commission find themselves under fire over what might be called “slow walking” the state’s plan to switch from coal to renewable power.

A report by Searchlight New Mexico, an independent investigative journalism group explored the politics of the issue and concluded dysfunction and a lack of expertise on the PRC is behind the lack of movement. The controversy has prompted calls by the Governor and others to remove at least three of the commissioners and make the entire body appointive rather than elected state-wide.

The story focuses on the Energy Transition Act which is considered to be a centerpiece of Gov. Michelle Lujan Grisham’s greenhouse agenda.