Colorado mulls creation of fund from oil and gas revenue 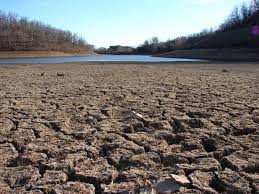 The Oklahoma Water Resources Board had completed recent studies of Oklahoma’s water supplies. One was part of an effort to better understand the impact of droughts.

Here is the attached release from the OWRB:

Oklahoma’s unpredictable climate makes water management in the state a challenging trade. This year’s excessive rainfall has misled many to disregard drought as a threat, but the threat is ever present. With few exceptions, including this year, Oklahoma summers usually mean a decrease in precipitation and high temperatures, impacting both water availability and water use. This is particularly the case for agricultural production dependent on irrigation where drought increases crop water needs while simultaneously reducing water available for irrigation.

Oklahoma relies on both groundwater aquifers and water supply reservoirs for irrigation and for this reason, research and drought management efforts are crucial. Oklahoma State University researchers are investigating how drought affects crop evapotranspiration rates, as well as water supply reservoirs and groundwater aquifer levels in different climatic regions across Oklahoma.

Saleh Taghvaeian, Oklahoma State University associate professor and extension specialist in water resources, is working with Ph.D. student Kul Khand to determine how droughts, evapotranspiration (ET) and climatic conditions interrelate. By understanding this, researchers are able to determine susceptibility to drought based on the specific climatic region of Oklahoma. “Water is a big issue right now because of our irregular climate. This year we are having a lot of rainfall, which was expected, but not expected to this extent,” Khand said. “We need to improve water management to combat highly variable climate conditions and this research helps do that.”

The study was split into three phases taking results from water sources of three different climatic regions in Oklahoma: the Oklahoma Panhandle (Ogallala Aquifer), the southwest region (Lugert-Altus Irrigation district), and the central region (Rush-Springs Aquifer). In the first phase, groundwater level and surface water level data were taken to focus on the effects of drought in the state. In the second phase, soil moisture and meteorological data were recorded. Finally, the third phase measured ET.

As expected, results showed that water sources in western climatic regions of the state were more susceptible to drought than the central and eastern regions. The Ogallala Aquifer experienced a 47% decline in total water level during the drought period from 2011 to 2015, which is 2.75 times greater than the average year. During this drought, the Rush Springs Aquifer had a 70% decline with the decline rate at nine times greater than usual. Lake Altus had a similar experience with a 70% water level decline. ET measurements showed that the Panhandle had the lowest average ET rate and the Southeast had the highest. The 2011 drought had the greatest impact on ET in western regions of Oklahoma, experiencing as much as a -30% deviation, while eastern regions actually experienced an increase in ET with a deviation as much as 10% in some regions.

To better prepare for and mitigate impacts of Oklahoma’s extreme weather, we need to be aware of our water use. The ET modeling framework developed in this experiment will help construct daily time series ET maps across the state, which would allow water managers to adjust their water use according to the observations on the map. “We can use it not only to track our water use by vegetation, but also as a tool that can tell us about drought and the impact of drought,” Taghvaeian said. “So if state agencies want to allocate resources and need a better estimate of what parts of the state are worse under drought, then they could use this tool to determine that.”

Because water is a vital resource, it is one that should be regularly monitored. Research and the framework development through this project could make Oklahoma’s unpredictable weather a bit more manageable. Support for this research was provided by the Oklahoma Water Resources Center through the U.S. Geological Survey 104(b) grants program.

Reduced instream flows can have a significant impact on aquatic biodiversity. It reduces habitat and can increase water temperatures and lower water quality.

Shannon Brewer, a stream ecologist with the Oklahoma Cooperative Fish and Wildlife Research Unit at OSU researches the conservation and management of stream biota. She has recently completed several projects assessing instream flows in the Kiamichi River in southeast Oklahoma.

“The Kiamichi River is a very diverse system and is even considered an ecological hotspot at the national level,” Brewer said. “Extreme changes in flows can be hard on the river’s biota—its fish, mussels, crayfish and other invertebrates.”

Brewer is concerned about the effects additional water withdrawals from Sardis Lake will have on the biological state of the Kiamichi River. And she has good reason.

By developing a model to examine the effects of reservoir release scenarios from Sardis Reservoir, Brewer and colleagues looked at the effects of water release on downstream flows. To serve as a control, reservoir releases were completely shut off. The absence of flow resulted in increased water temperatures, which increased thermal stress for benthic and mid-column fish species, such as the bluntnose minnow and steelcolor shiner. Next, more realistic simulations were replicated to further understand the potential effects releases have on downstream water temperatures. Their data found that reservoir releases improve conditions for fish downstream by improving thermal conditions, demonstrating the importance of maintaining environmental flows.

While this study primarily focuses on fish responses, changes in environmental flow can also affect other instream organisms. Freshwater mussels function as engineers in the Kiamichi, as they modify the ecosystem to make it a more suitable habitat for themselves and for other species. The changing water flows in their environment put an immense amount of stress on these organisms. In severe cases, this opens the door to invasion by nonnative fish and mussel species. Zebra mussels, for example, who could not survive in the region previously, may thrive in the altered conditions, creating more competition, reducing resource availability for native mussels, and increasing the cost for water infrastructure.

Managing environmental flows is not only crucial in preserving river organisms, but also determines the quantity and quality of our drinking water. While the importance of instream flows is evident, incorporating effective management is a multifaceted equation, the most difficult element being public engagement.

The future of instream flows relies on the collaboration of a broad array of professionals, citizens, landowners, and others to find and implement the best possible conservation and management solutions.

“Part of instream flows is human livelihood; it’s a balancing act to ensure we have water for the future,” Brewer said, “It’s how it’s managed that is most important.”