Sierra Club comes out against expansion of Spiro coal mine 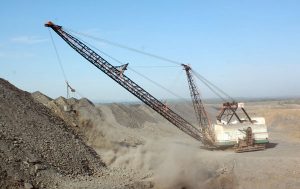 A coal mining company recently submitted an application to the Bureau of Land Management (BLM) to expand the existing Pollyanna No. 8 active coal mine across “270 acres of additional Federal coal reserves located approximately 2 miles east of the town of Spiro, Oklahoma.” It is estimated that this mine expansion, requested by Georges Colliers, Inc. (GCI), could unearth over one million tons of pollution-causing coal, enough to fill an enormous freight train stretching from Tulsa to Oklahoma City.

Public comments are being collected for a brief two week period, from August 1 to August 16, 2019, with only one week still remaining. Until August 16, written comments about GCI’s application can be submitted via email to BLM at BLM_NM_OK_COAL@blm.gov, with the subject line “Pollyanna 8 Lease Modification.”

In response, Johnson Bridgwater, director of the Oklahoma chapter of the Sierra Club, released the following statement:

“This drip-by-drip of mining and mining expansions in eastern Oklahoma must end. Oklahoma Sierra Club strongly opposes GCI’s application to expand Pollyanna No. 8, and not just because mining itself tears up roads and spoils the countryside. Burning coal also pollutes Oklahoma’s air and water, with global consequences as well.

“We also oppose current coal mining subsidies that exist in the state of Oklahoma–subsidies that make coal mining appear profitable, when in truth the coal subsidies come straight from Oklahoma taxpayers into the wallets of corporate coal polluters.

“Plenty of cleaner, safer, healthier energy options exist for Oklahoma–more and more, renewables like solar and wind are able to provide power that is less expensive and more climate-friendly than coal. BLM must reject GCI’s application, and not prioritize a coal company’s bank balances over the health and safety of the people of Oklahoma.”