Protections for small lizard in the Permian Basin might disappear 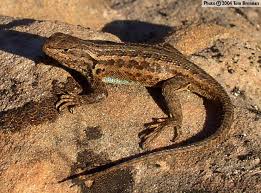 In a clash between habitat conservation for a rare lizard native to West Texas and oil and gas interests, the Trump administration, in league with officials from a major subsidiary of Exxon Mobil, appears close to quashing a state proposal favoring beefed-up species protections, according to multiple people involved in negotiations.

It’s what the Austin Statesman reports about the Dunes sagebrush lizard that lives in a small area of the Permian Basin in southwestern Texas and southeastern New Mexico. Oil drilling and frac-sand mining have threatened the habit of the lizard leading environmentalists to call for greater protections.

“The dunes sagebrush lizard needs every ounce of help it can get, but Texas and the oil and gas industry are determined to stand in the way,” said Chris Nagano, a senior scientist at the Center for Biological Diversity in 2018. “The only reason this rare lizard isn’t protected is political interference by the same fossil fuel interests rapidly destroying its habitat.”

The dunes sagebrush lizard was first identified as needing protection in 1982. It was found to warrant protection and placed on a candidate list in 2001. In 2002 the Center petitioned for protection, leading to a 2010 proposal to safeguard the lizard as endangered.