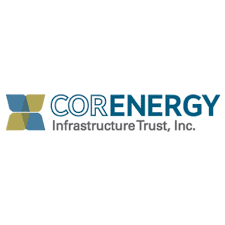 The closing involved 5.875% convertible senior notes due 2025. The offering resulted in nearly $116 million net proceeds to CorEnergy after deducting the initial purchasers’ discount.

CorEnergy will use a portion of the net proceeds from the offering of the Notes, together with shares of its common stock, to repurchase approximately $64 million aggregate principal amount of its 7.00% Convertible Senior Notes due 2020 in separate transactions that were negotiated concurrently with this offering.