Colorado’s call for a special oil and gas revenue fund 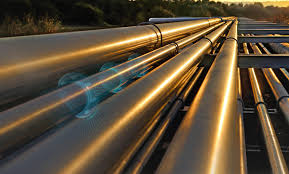 ConocoPhillips and a unit of Canadian producer Encana Corp. filed requests this week with the Federal Energy Regulatory Commission to reject the pipeline company’s proposed tariff surcharge on its Cactus II oil pipeline. The surcharge is the result of the Trump administration’s 25% tariff on imported steel.

Reuters reported Houston-based Plains this month proposed charging shippers a 5 cents per barrel fee on its 670,000 barrel-per-day (bpd) Cactus II pipeline next April to offset higher construction costs due to the steel tariffs.

“We feel the tariff filing should be denied because it is procedurally incorrect, (and) does not clearly describe or justify the surcharge,” ConocoPhillips spokesman Daren Beaudo said in an email.

Encana and Plains did not respond to requests for comment.

In their filing, ConocoPhillips and Encana said Plains’ surcharge was premature because the U.S. Commerce Department may still grant the pipeline operator an exemption before the fee goes into effect in April. The companies said surcharges “are generally disfavored” by FERC.

Plains last year estimated the steel tariff would add $40 million to its costs for the $1.1 billion pipeline, which runs 550 miles (885 km) from the Permian basin of West Texas and New Mexico, the top U.S. shale field, to the U.S. Gulf Coast.

Commerce had rejected Plains’ two initial requests for a waiver, and the company has filed a third request, a spokesman had said earlier this month.

Plains Chief Executive Officer Willie Chiang said in a conference call the company would rebate the fee to shippers if the Commerce Department approved its exemption request.

Plains’ Cactus II pipeline is the first of three new oil pipelines to begin transporting shale oil from the Permian to the U.S. Gulf Coast. The startup has already begun to lift regional oil prices in West Texas that were depressed due to a shortage of capacity.

Two other energy pipeline operators could also raise their prices if Plains’ surcharge sticks, analysts have said. They have pointed to Kinder Morgan Inc’s (KMI.N) Gulf Coast Express, a natural gas pipeline, and an EPIC Midstream crude pipeline, which were constructed after the steel tariffs were levied.