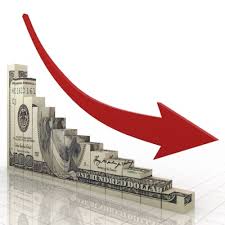 Gross production tax revenue on oil and gas in the early part of the new fiscal year in Oklahoma was below that of a year ago according to figures released by the Oklahoma Office of Management and Enterprise Services. Suppressed energy prices are being blamed by state leaders.

The state agency stated that the general revenue will not receive significant oil collections until the $150 million cap to specified funds is met.

“Although total collections for the first month of the new fiscal year are up compared with both the estimate and prior year, the picture is clouded by a few collection anomalies as well as sluggish gross production revenues,” said Office of Management and Enterprise Services Director John Budd. “We will need to get a few more months under our belt to see where we’re headed in FY 2020.

“Gross production collections were below the monthly estimate in June and are below both the estimate and prior year collections this month. Suppressed energy prices and uncertainty in the global economy are clearly impacting this vital Oklahoma sector.”

Major tax categories in July contributed the following amounts to the GRF:

As state government’s main operating fund, the GRF is the key indicator of state government’s fiscal status and the predominant funding source for the annual appropriated state budget. GRF collections are revenues that remain for the appropriated state budget after rebates, refunds, other mandatory apportionments and after sales and use taxes are remitted back to municipalities. In contrast, gross collections, reported by the state treasurer, are all revenues remitted to the Oklahoma Tax Commission.