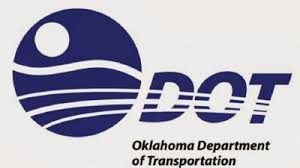 The Oklahoma Transportation Commission meeting on Monday included updates on a federal transportation funding bill in Congress, approval of a contract for a major upgrade to US69/75 in southeastern Oklahoma, the recent opening of the new Purcell-Lexington bridge and presentation of an industry award for an Oklahoma Department of Transportation public online mapping tool, according to the commission’s press release.

Tim Gatz, Oklahoma’s Secretary of Transportation and ODOT Executive Director, advised the Commission that the America’s Transportation Infrastructure Act recently passed out of the Senate Environment and Public Works Committee with bipartisan support. Gatz also indicated that U.S. Sen. James Inhofe worked with the department on the investment levels and policy changes proposed in the law.

The bill would authorize five years of federal transportation funding, with more than $4 billion allocated to Oklahoma over that period. The bill must work through both houses of Congress before possibly going to President Trump.

Contract for Major Upgrade to US69/75 in Southeastern Oklahoma

The Commission approved a contract for more than $150 million, including $62 million from a federal grant, to completely transform four miles of the US-69/75 corridor in eastern Oklahoma, just south of Durant. The highway will be upgraded to a controlled-access freeway with interchanges and frontage roads, along with adjacent rail crossing improvements. The highway carries interstate levels of traffic and remains a major freight corridor and driver of Oklahoma’s economy.

Purcell and Lexington recently celebrated the completion and opening of the new $38 million bridge between the two cities on US-77/SH-39. After a five-month emergency closure for repairs in 2014, the new bridge’s design was fast-tracked. The project was constructed and opened ahead of schedule in July.

ODOT’s Strategic Asset and Performance Management Division, GIS Management Branch recently won a Special Achievement in GIS Award from Esri, an international geographic information systems and mapping products company. The GIS office developed a user-friendly portal that is a one-stop shop for visitors to find maps with bridge data, traffic counts, construction areas and many other helpful topics. Improvements like this mapping tool enhance ODOT’s accountability and transparency to the public.

The page can be found at www.odot.org under ODOT Map and Data Portal: https://okdot.maps.arcgis.com/home/index.html