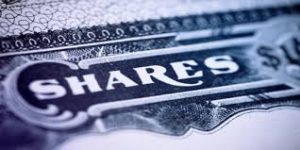 Four top officers at Tulsa’s NGL Energy recently accumulated more stock in the company and also reported making sales of some of their shares.

Filings with the Securities Exchange Commission show company CEO H. Michael Krimbill acquired 75,302 more shares and also sold 33,397 shares valued at $13.28 each, leaving him with a total of 1,163,972 shares in the company.

Robert W. Karlovich III who is the Chief Financial Officer and Executive Vice President acquired 7,531 more shares. He also disposed of 3,190 shares valued at $13.28 each leaving him with ownership of 126,374 shares.

Chief Accounting Officer Lawrence J. Thuillier acquired another 10,166 shares in the firm and also reported the sale of 4,102 shares at $13.28 each. The transactions left him with ownership of 63,432 shares.

Kursten Patrick McMurray, General Counsel and Executive Vice President and Corporate Secretary acquired another 7,531 shares. He then sold 3,190 shares at a price of $13.28 each. The move left him with 75,435 shares in NGL.