NASA and NOAA to study impact of smoke in central Kansas 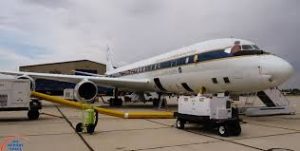 After four weeks in Boise, the NASA and NOAA Fire Influence on Regional to Global Environments and Air Quality, or FIREX-AQ, research project will spend the next two and a half weeks in Salina exploring trace gasses and aerosol in smoke.

The overall objective of the project is to improve the understanding of how wildfires and agricultural or prescribed fires impact air quality, weather and climate according to a report in the Salina Journal.

Tim Rogers, executive director of the Salina Airport Authority, referred to the project as “a unique mission.”

“Salina Regional Airport, the City of Salina and the state of Kansas play a unique role in that process due to a central location and a runway that can accommodate the DC-8 aircraft that’s here today,” he said. ”(We’re) a community and a state that welcomes climate research and atmospheric research and the science that goes into figuring out what’s going on in the atmosphere around us.”

The project will bring together approximately 100 scientists from 40-plus partnering organizations.

Jim Crawford, with the NASA Langley Research Center, said such partners as the National Science Foundation and the Environmental Protection Agency, which have dealt with fire research, are essential to the project.

“Trying to tie what we’re seeing in the air with what’s actually happening on the ground, we need to have scientists who have spent their careers trying to understand the way that fires burn and the way that different ecosystems behave,” he said.

Carsten Warneke, with NOAA and the University of Colorado, said the project will include a ground crew of scientists who stay in Salina to give real information on where the fire is burning, the DC-8 aircraft equipped with various measurement instruments that fly above and around fires, and satellites that show the presence of fire or smoke and how hot or cold a fire is burning.

Dozens of scientists and support staff will remain in a hangar in Salina helping the flight crew in the southeast, said Theo Stein, a communications specialist with NOAA.

“They will be identifying weather. They will be looking at other fires bringing smoke into the region and targeting fires planned to be burned,” he said. “They will be providing a flight path for the research plane, and we also have crew, maintenance staff and safety technicians. This is the base of the whole mission for the next two weeks.”

The project began in Boise primarily testing wildfires and will now shift to small prescribed fires in the southeastern part of the country.

The prescribed fires, which will be in areas such as the Blackwater State Forest in Florida, will allow scientists to build statistics on emission factors and fuels, satellite detectability and integrated impacts.

“With a prescribed fire, you know what’s on the ground and the chemistry that created that smoke. You don’t get that with wildfires,” Stein said.

Stein said the southeastern part of the country doesn’t have many huge fires but have “almost as much impact on smoke in the United States as western wildfires.” 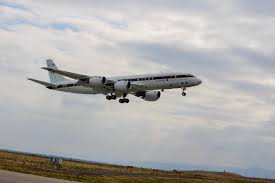 Warneke said the DC-8 aircraft, which will be used to fly over and around fires, is more than 50 years old.

The aircraft is equipped with various measurement instruments outside the windows and along the wings.

Approximately 43 individuals, 36 scientists and 8 crew members, are allowed onboard during the mission. 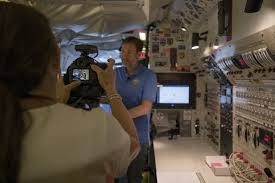 More than 30 different instruments are used to measure everything from greenhouse gases, such as carbon dioxide and carbon monoxide, to gas phases, such as ethanol and aerosol particles that you breath in during a fire.

“These instruments can measure over 1,000 compounds found in smoke,” Werneke said. “They measure 500 compounds per second.”

Warneke said when the instruments are used to measure the mass of the compounds they are so accurate they can tell the difference in a person’s natural weight and the person holding a quarter.

Joe Atkinson, a public affairs specialist with NASA, said the flight process can last as long as eight hours.

“You may take a couple of hours to get to the fire, fly around the fire — or fires — for a couple of hours taking measurements, then fly back,” he said. “It varies. The length of the flights really depend on what kind of fire or fires you’re targeting and where you’re flying.”

Stein said the project has two primary goals — improving forecast and the usefulness of information that is gathered from satellites.

Stein said it is essential to understand the chemistry of smoke as it ages from the fire to downwind “so that we can provide better information to the people who are in the path of the smoke.”

Stein said NOAA satellites will be around for years, “and we want to better understand the information they are providing us.”

“We want to know if there is a particular chemical that acts as a tracer for smoke that a satellite can see,” he said. “It will tell us a lot about what is happening in that atmosphere of smoke.”

Following its time in Salina, the DC-8 aircraft will fly back to California, where it will lie stationary for a month.

The project may take a final set of measurements from large prescribed fires in Utah if conditions allow for the burn.