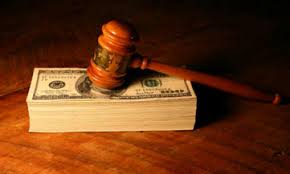 Amidst growing alarm over the state’s opioid crisis, one affecting virtually every industry in Oklahoma including energy, a Cleveland County judge ruled against drug-maker Johnson and Johnson, ordering it to create a $572 million abatement plan.

District Judge Thad Balkman issued his ruling Monday afternoon in Norman where he declared Johnson and Johnson had violated Oklahoma’s “public nuisance” law. His ruling was in support of Attorney General Mike Hunter’s lawsuit against the pharmaceutical company after the case was the first to go to trial over the opioid drug crisis.

As part of the ruling after a 7-week trial, Judge Balkman ordered a one-year abatement plan totaling $472,102,028 against Johnson and Johnson for its role in causing the state’s opioid crisis.

“Today, Judge Balkman has affirmed our position that Johnson & Johnson, motivated by greed and avarice, is responsible for the opioid epidemic in the state,” Oklahoma Attorney General Mike Hunter said in a news conference after the ruling was announced according to News 9 TV.

The state argued Johnson & Johnson’s pharmaceutical company Janssen was the “kingpin” of the opioid addiction crisis and is financially responsible for the fixing the crisis in the state.

The state asked the court to have Johnson & Johnson pay more than $17.5 billion in a 30-year plan for addiction treatment, education and overdose prevention programs. The state said 6,100 Oklahomans died from prescription-drug overdoses between 2000 and 2017.

According to the judge’s filing, Balkman ruled the state did not present sufficient evidence of the amount of time and costs necessary beyond year one to abate the opioid crisis.

Johnson & Johnson argued it did not cause the opioid crisis in Oklahoma and their medication made up less than 1% of opioids on the market.

The drug company argued most of the opioid crisis was caused by illicit drugs being trafficked from Mexico and other places.

Two drug makers, Purdue Pharma and Teva, have settled with the state, but both have denied any wrongdoing.

Before the ruling was released, attorneys for Johnson & Johnson said they planned to file an appeal if they lost the case.