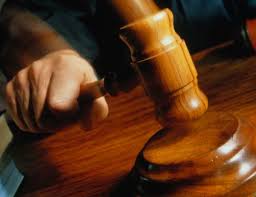 Judge Robin J. Cauthron ruled in a lawsuit brought by Clayton Foutch against the company that has experience in management, oil and gas and directional drilling. Foutch’s lawsuit, CIV-19-362-C, ws a class action that accused SB Directional Services of violating the Fair Labor Standards Act and the Oklahoma Protection of Labor Law.

The suit claimed SBA had the practice of classifying all employees as individual contractors and paying them a day wage for each day worked as opposed to wages.

SBA claimed the lawsuit was really a dispute about overtime pay and argued the Oklahoma Protection of Labor Law does not require payment of overtime wages. Judge Cauthron agreed and granted SBA’s  request for dismissal of part of the suit. The judge dismissed the lawsuit’s claim that SBA violated the OPLA and ruled the plaintiff’s claim under the Federal Labor Standards Act remains alive.