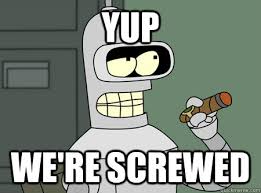 The move by the EPA to grant 31 hardship waivers for oil refiners from requirements to blend biofuels into their gasoline continues sending a shock wave among Iowa corn farmers.

As POLITICO’s Morning Energy Report noted this week, Iowa politicians remain in disbelief while Democratic Presidential candidates are attempting to take advantage of the EPA move.

President Donald Trump personally approved EPA’s 31 hardship waivers for oil refiners from requirements to blend biofuels into their gasoline, Pro’s Eric Wolff reports , citing two refining industry sources. Trump has invested his time and personal prestige into trying to strike a compromise between refiners and corn farmers, though his solution in which EPA advanced a rule allowing year-round sale of 15 percent ethanol while expanding the use of exemptions for refiners appears to have left both sides unhappy.

The news landed with a thud for midwest lawmakers and Democratic presidential candidates. “They screwed us,” Sen. Chuck Grassley (R-Iowa) told the Iowa Press on Friday. “It’s incredibly frustrating and heartbreaking: Iowa farmers’ livelihoods are under attack from their own president,” Sen. Cory Booker (D-N.J.) said in a statement Friday.

As for the waivers, OK Energy Today reported last week, the EPA will not identify the 31 companies that received them, saying to do so would reveal competitive business secrets.