Oil and gas counties have lowest jobless rates in Oklahoma 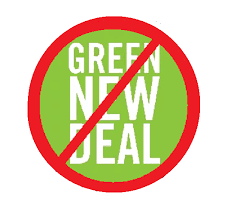 The Interstate Oil and Gas Compact Commission voted this week to oppose the Green New Deal pushed strongly by Democratic Presidential candidates and some members of the U.S. House.

“Last week, Senator Bernie Sanders unveiled his $16.3 trillion Green New Deal plan which would cripple our state’s economy by banning the extraction of fossil fuels,” said Christian. “As a statewide elected official charged with overseeing our state’s natural resource development, it is my duty to stand up for Texas’ Tenth Amendment Rights.”

As IOGCC members listened, Christian claimed the US has some of the cleanest air in the world.

“Over my dead body will I allow out-of-state forces to eliminate jobs, decrease state revenue, and increase the cost of living on the constituents I represent,” continued Christian. “I am proud to stand with my fellow regulators from across the nation and strongly urge the federal government to oppose the Green New Deal.”

The IOGCC, headquartered in Oklahoma City plans to send copies of the resolution to President Trump and other administration officials as well as Congressional leaders. The group hopes they will oppose the Green New Deal. 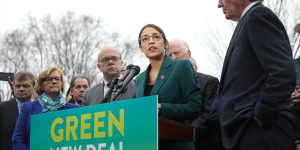 One of those most closely associated with the controversial plan is New York freshman congresswoman Alexandria Ocasio-Cortez who launched a resolution to create a committee on the Green New Deal. She has since gained support from two other highly-controversial Democratic Representatives, Rashida Tlaib of Michigan and Ilhan Omar of Minnesota. Together with Massachusetts Democratic Rep. Ayanna Pressley, they have come to be known as “the Squad.” 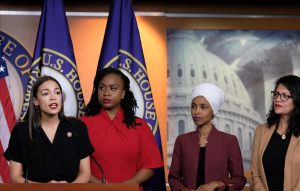