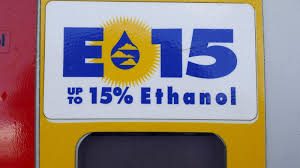 A collection of pro-biofuels and agriculture groups has sued EPA over a provision of its E15 rule that they say has effectively prohibited the sale of ethanol blends ranging from 16 to 50 percent, below the threshold to be classified as the E85 used in flex fuel vehicles according to POLITICO’s Morning Energy Report.

The groups have no problem with the primary goal of the rule to approve the sale of E15 fuel year-round. But they say language in the regulation created a catch-22 that essentially prohibits fuel retailers from selling E16-50 blends at all. “If ethanol is capped at E15 and E85, it could put small fuel retailers out of business while also limiting consumer access to cleaner fuels,” said David VanderGriend, president of the Urban Air Initiative, which along with the National Farmers Union is leading the suit. The groups also filed a petition for administrative reconsideration with EPA.