Gasoline prices continue to fall while demand grows in Oklahoma 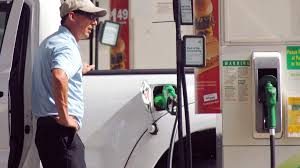 Even as gasoline demand nationwide is reaching new levels, prices have fallen in the past week in Oklahoma to reach a new statewide average of $2.31 a gallon. It is 4 cents lower than a week ago, according to AAA Oklahoma.

Oklahoma gasoline prices range from a low of $2.18 a gallon in Nowata county at the state line in the northeast to a high of $2.72 in Harmon county in the southwest.

Beckham county at the state line on the western edge of the state has a low price of $2.23 which is unusual since the county seat, Sayre sits right next to Interstate 40.

In its latest reading, the Energy Information Administration (EIA) recorded demand at 9.93 million b/d, the highest since the agency began recording data in 1991. As demand jumped, gasoline stocks fell by 1.4 million bbl and pump prices slowed their decline on the week.

“Pump prices continue to trend cheaper for most motorists across the country, though the rate at which they are declining slowed in the last week with a handful of states only seeing a nickel decline at the most,” said Jeanette Casselano, AAA spokesperson. “Demand recorded at a surprising all-time high, but it is expected to drop in the coming weeks as summer comes to an unofficial end.”

Today’s national average is $2.61, which is three cents cheaper than last week, 17-cents less than a month ago and 22-cents cheaper than a year ago. Nearly half of all gas stations in the country are selling gas for $2.50 or less.