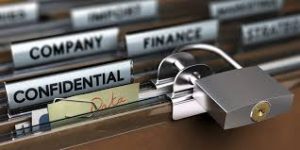 The EPA will not identify the 31 refineries that received renewable fuel stand waivers announced last week. The waivers were from annual renewable volume obligations and created more bipartisan pressure from corn and oil states on the Trump administration.

EPA’s announcement included the rejection of six other exemption applications, along with a statement of intent to look to reduce regulations “that prevent marketplace entrance and growth to natural gas, flexible fuel vehicles, and E85 fuels.”

“EPA welcomes the opportunity to engage with stakeholders to explore deregulatory options in the coming months to ensure that it plays its part in supporting American farmers and consumers,” the agency said in a news release.

But a spokesperson with Region 6 headquarters of the Environmental Protection Agency in Dallas said it could not identify the 31 refineries or waivers when asked by OK Energy Today.

“Due to concerns about Confidential Business Information (CBI), EPA does not share the identities of small refineries that apply for exemptions under the Renewable Fuels Standard program. EPA provides information about our decisions to exemption requests in the aggregate to be as transparent as possible while protecting CBI,” according to the EPA’s response.

As E and E News reported, the EPA continues to implement the Renewable Fuel Standard program in accordance with the Clean Air Act, taking into consideration additional direction from Congress, recommendations from Department of Energy, and relevant court decisions. Many aspects of the decisions for exempting individual refineries are based on confidential business information. Publicly available information can be found at our website.

But even with that olive branch to corn state lawmakers, the exemptions are sure to reignite their unease about the Trump administration’s commitment to the RFS.

“Farmers are on the front lines of the tariff war, and this announcement by the EPA will only make things worse,” he added.

Under the RFS, small refiners can obtain a temporary exemption from EPA if they can demonstrate the requirements would cause an economic hardship.

The pace of exemptions over the past two years has caused a divide, with intraparty implications between corn state lawmakers who want to see more biofuels and politicians allied with refiners who complain the RFS imposes too high an economic burden.

Standard backers have reckoned the exemptions as underhanded attempts to undermine the program, which directs some 15 billion gallons of conventional biofuels to be blended into the nation’s fuel supply annually.

The complaints have often focused on the lack of transparency behind the decisionmaking in the exemption process. This go-round does not appear to have settled those concerns.

“I’m committed to holding EPA accountable and ensuring they not only uphold the intent of the RFS but that they’re more transparent and forthcoming in this exemption process,” Sen. Joni Ernst (R-Iowa) said in a statement.

“That’s why I’m working on a legislative fix that will address this issue head on and ensure Iowa’s farmers, growers, and producers get the predictability they deserve,” she said.

Ernst did give the Trump administration credit for waiving 400 million fewer gallons of ethanol than last year, calling it “one step forward.”

Ernst’s legislation, S. 1840, would set a June 1 deadline for small refinery exemption applications. The measure would also require the public disclosure of key application information and EPA’s action on those applications.

EPA has for months looked to appease both sides of the debate. While the exemptions may anger RFS backers, the administration earlier this year moved to make E15, a higher blend of ethanol in gasoline, available year-round (Greenwire, May 31). That decision has prompted a lawsuit from refiners.

“We are on track to meet the deadline on time for the third year in a row and continue to provide greater regulatory certainty to farmers and refiners across the country,” EPA Administrator Andrew Wheeler said in a July 5 statement.